The following tutorial will explain how to create a  360° Panorama render using Corona Render rendering engine in 3ds Max 2018 to upload on Pillar|VR and create interactive virtual tours.

There is no need to own the latest version of software, you could use the same method with the older version of 3ds Max too.

In the previous tutorial - which you can find here – we explained how to create a 360° Panorama render using Mental Ray rendering engine in 3ds Max.

Howewer, with Corona Render the procedure is a bit different because we can’t use the panorama exporter, so we will illustrate an alternative method.

Before going into the specifics of the different steps needed to create a panorama, let’s understand how this simple process works.

Let us take the example of the following basic scene: 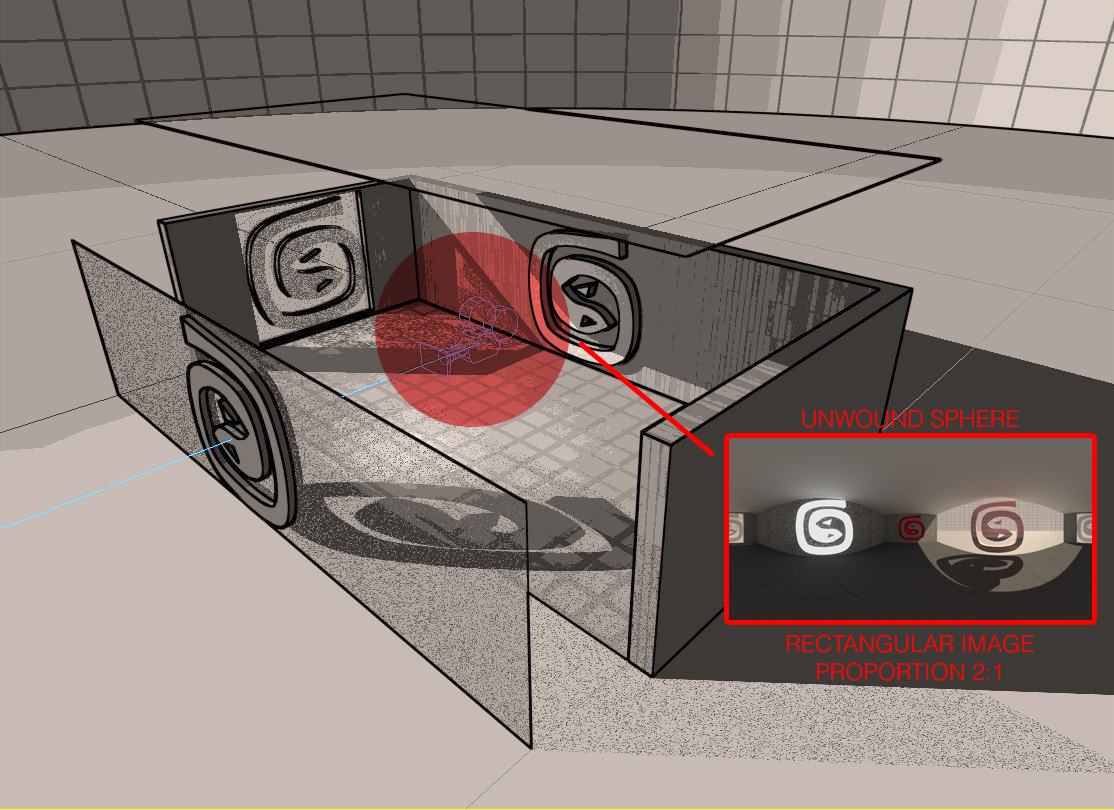 Basically, the creation of the panorama is achieved by positioning the camera right in the middle of the scene and then by creating a single spherical image - as shown in the picture above – which will have our central camera as generation point. Then the spherical image will be automatically unwounded in a 2:1 rectangle by the software.

It is vital to place our camera right  in the middle of the scene because that position will be our fixed observation point for all the renders.

The outcome of this procedure will be an unwounded spherical image ready to be uploaded on the  Pillar|VR engine without further effort.

Now that the mechanism is clear, let’s go more in detail in the different steps to follow to create the panorama.

1. Create a camera in the middle of the scene:

If possible, it would be better to place the target outside the scene so that it will be easier to pick it up again in the future without interfering with any other object.

Also, be careful to place the camera that is in the middle of the scene at a suitable height.

Finally, I suggest placing the camera at a safe distance from the walls, otherwise they will take up most of the space in our panoramas and therefore they will not be very representative. 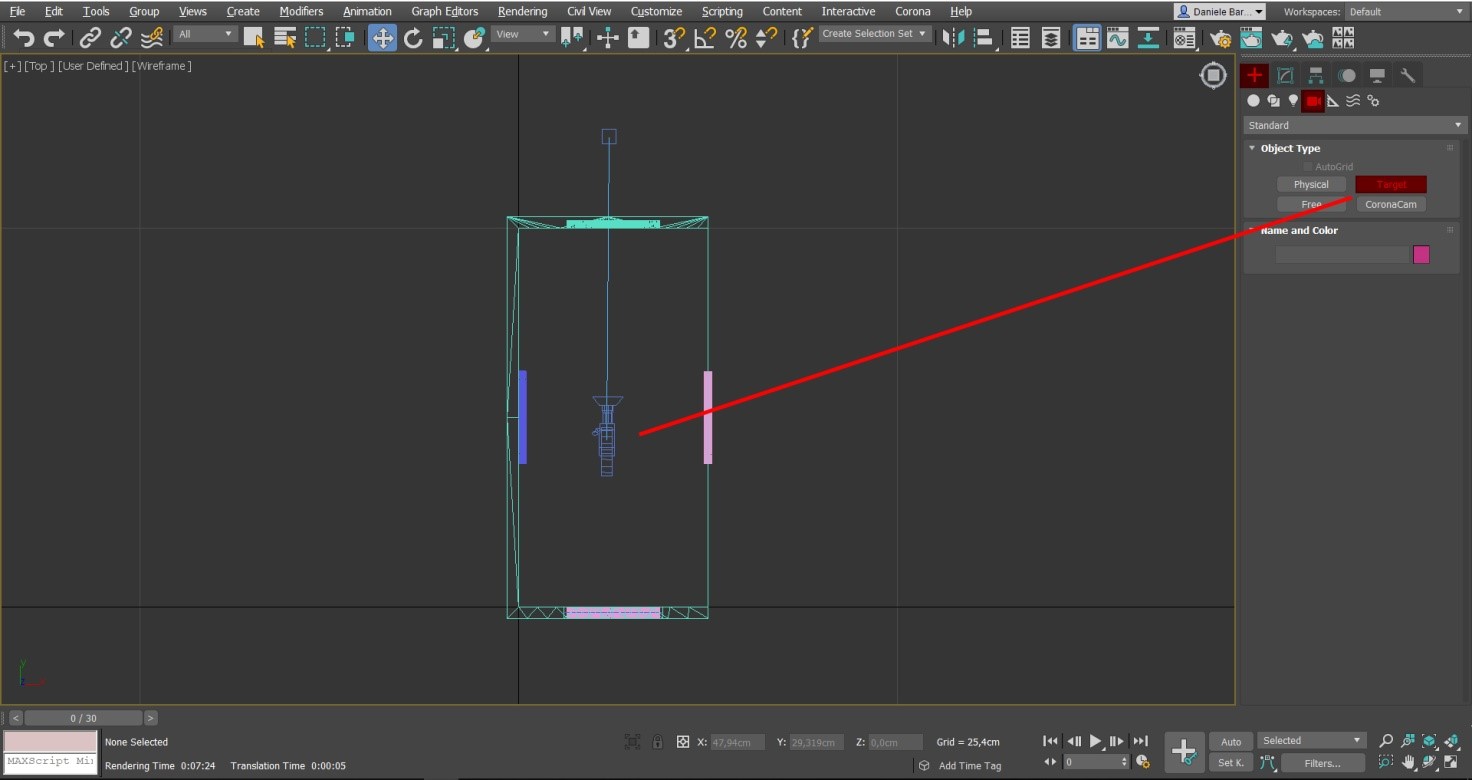 2. Set the proportion for the panorama:

Now that the camera is set, we should also set the desired proportion for the render, as said the ratio should be 2:1.

To set the proportion, we should open the “Render Setup” menu with the button that we find on the right side of the task bar at the top of the screen.

Immediately a new window will appear, here we should go in the Output Size section and insert the desired values for width and height so that we obtain an Image Aspect equal to 2 – to obtain it we just must set the width twice the size of the height. 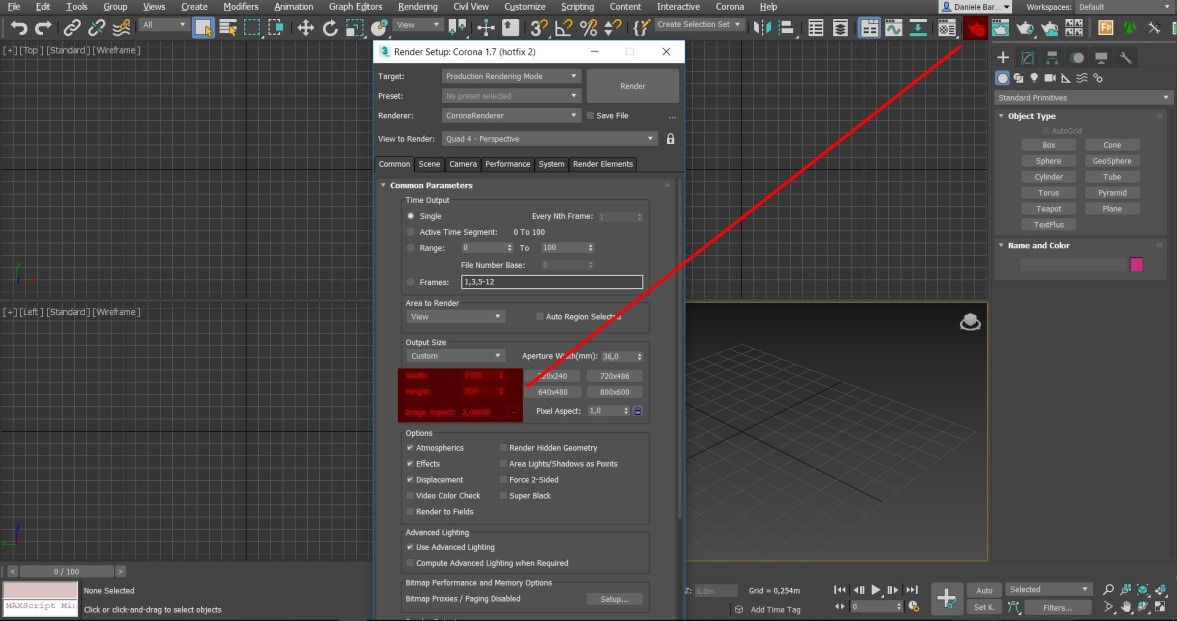 At this point, we should add the CoronaCameraMod modifier inside our camera.

We should select our camera and go on the instrument panel that we find on the right of the screen. If we click on the arrow in the top-right part of the panel, the drop-down Modifier List menu appears and here we will select the CoronaCameraMod option in the OBJECT-SPACE MODIFIERS section. 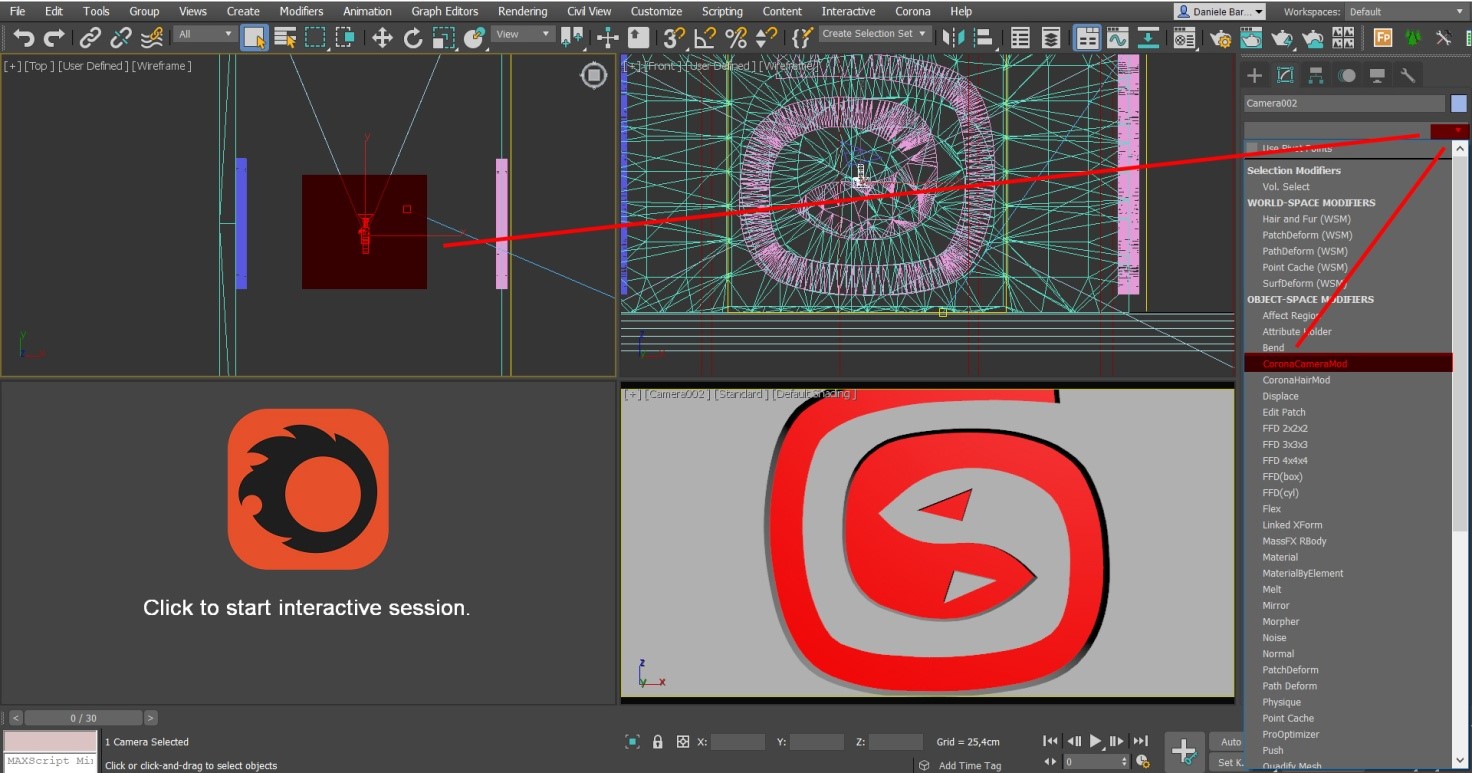 Once we’ve selected the CoronaCameraMod modifier, let’s go in the “ Camera Projection” panel, which has just appeared in the lowest part of the menu on the right of the screen, and let’s click on the “Projection Type” section. Then let’s flag the “Override” box and let’s choose in the drop-down menu nearby the option “Spherical”. 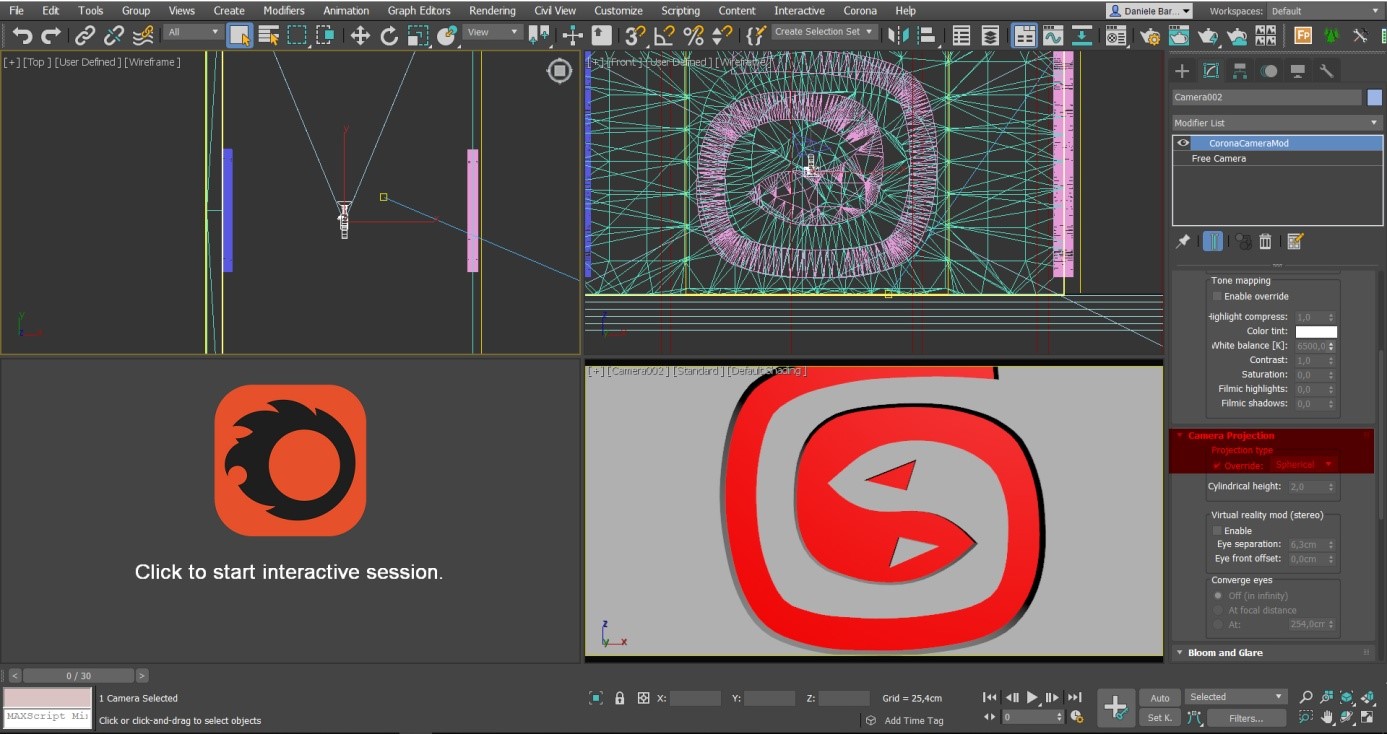 We are now ready to run our render. Just be careful that the window where our central camera is placed is always active otherwise if a different window is active – with a lateral or top view – we obtain a normal lateral or frontal render and not a spherical panorama.

Let’s now click on the “Render Setup” icon and then on the “Render” button in the “Render Setup” menu to obtain our 360° panorama ready to be uploaded on Pillar|VR.We just need to wait until the computation is done. The output that the rendering engine will automatically give to us is an unwounded spherical image (as in the picture below). 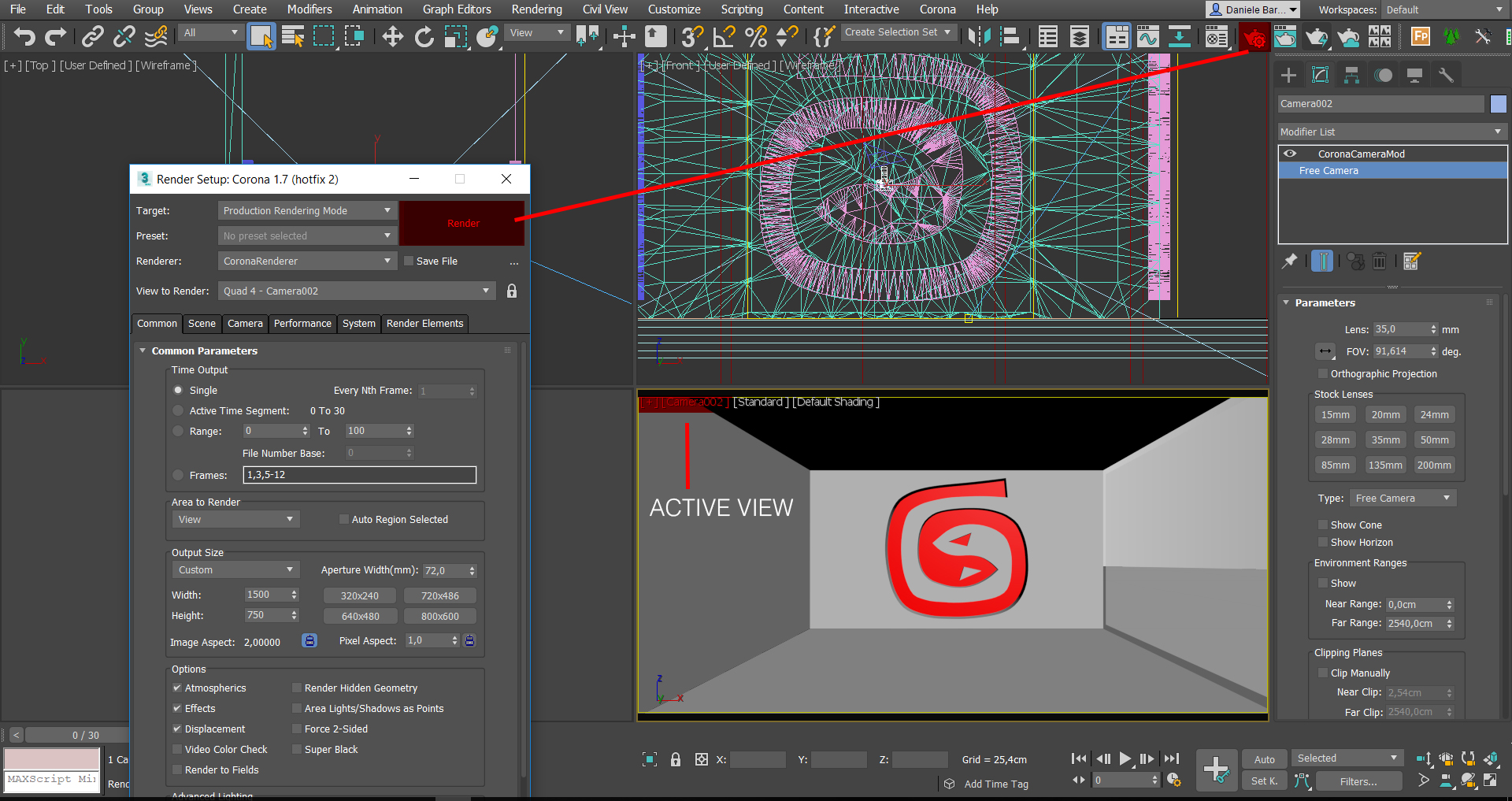 We just need to wait until the computation is done. The output that the rendering engine will automatically give to us is an unwounded spherical image (as in the picture below). 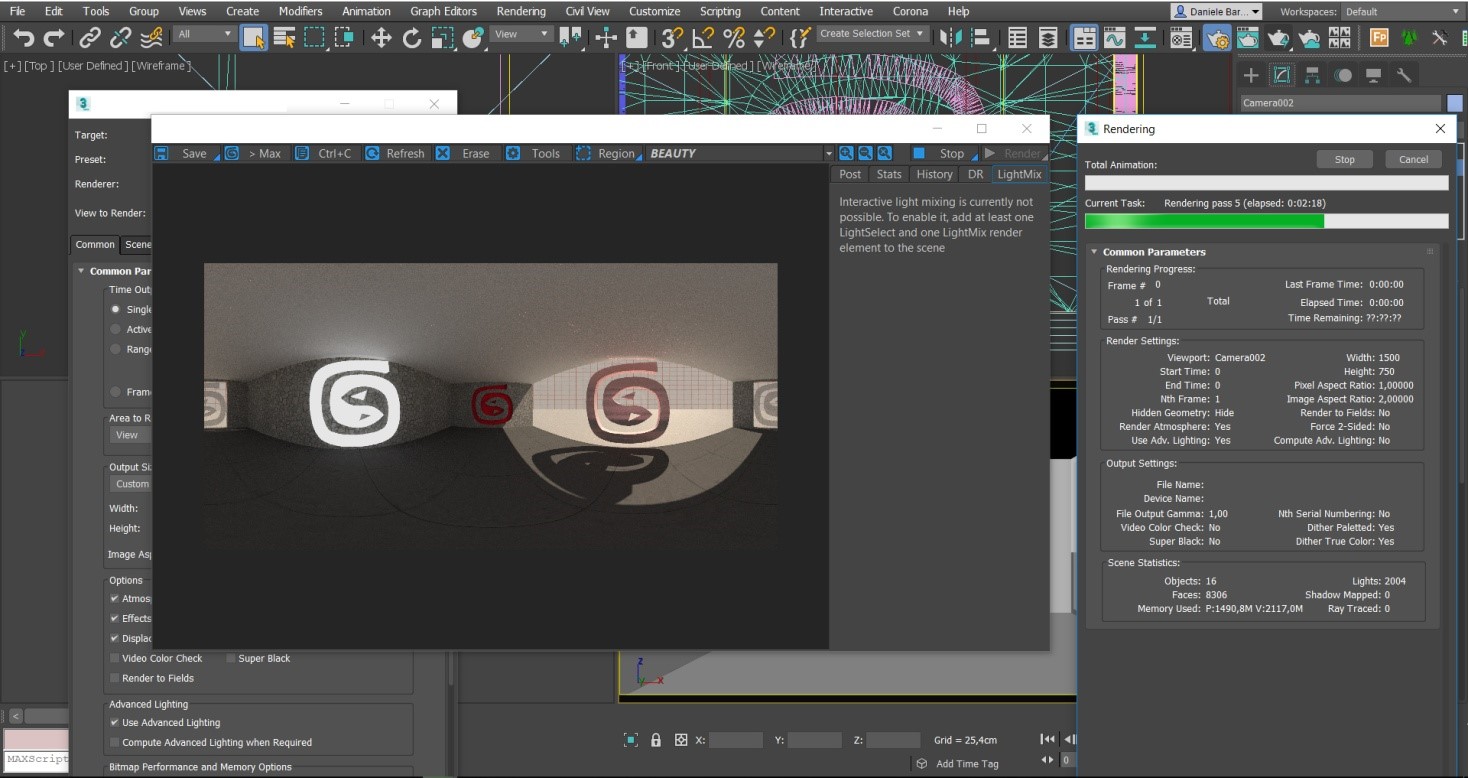 At this point, let’s save our spherical panorama with the name and format we prefer. 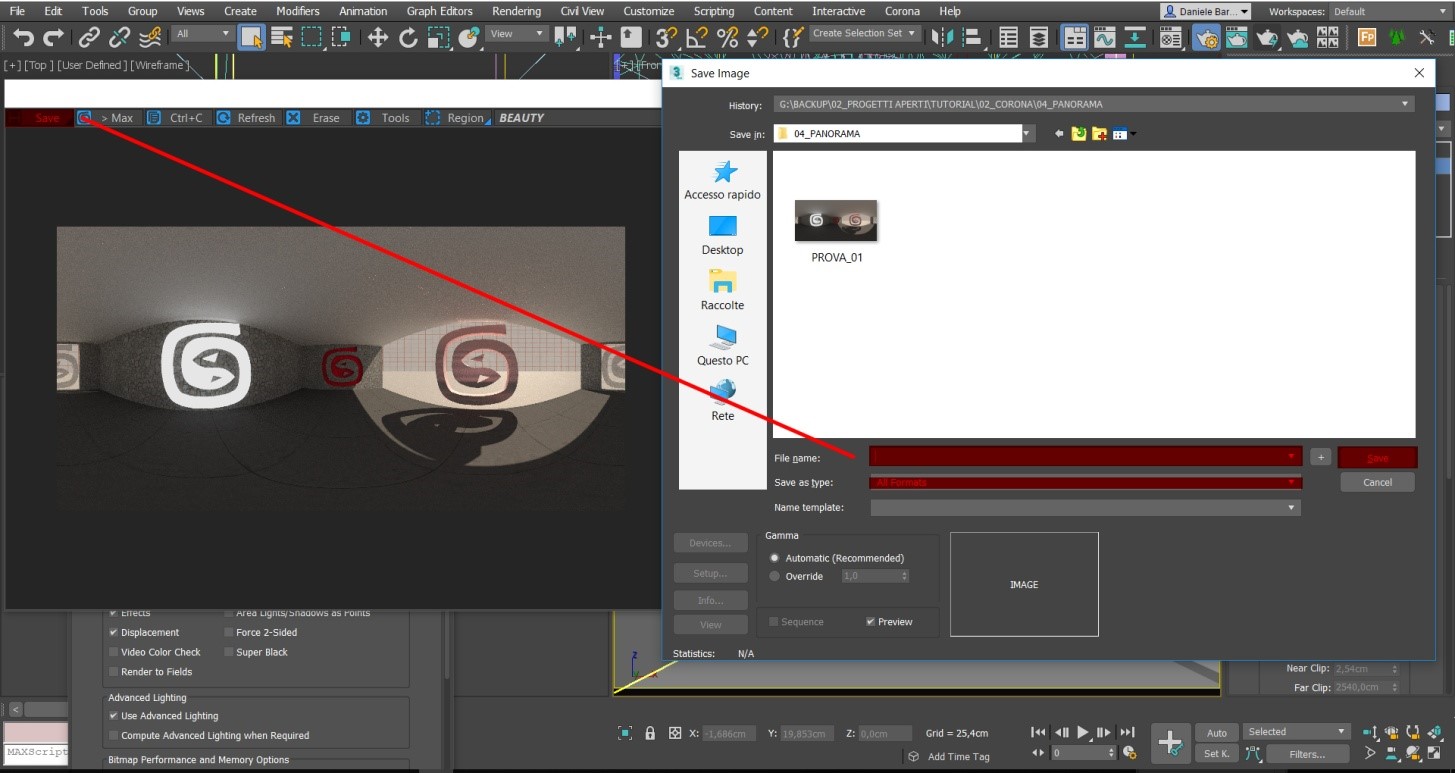 Once saved the render, we could already upload it on the  Pillar|VR platform to obtain a 360° interactive view of the room. Obviously, we will be able to upload the panoramas of every other room of the building and connect them with each other to obtain an Interactive Virtual Tour of our project to send to our customers! 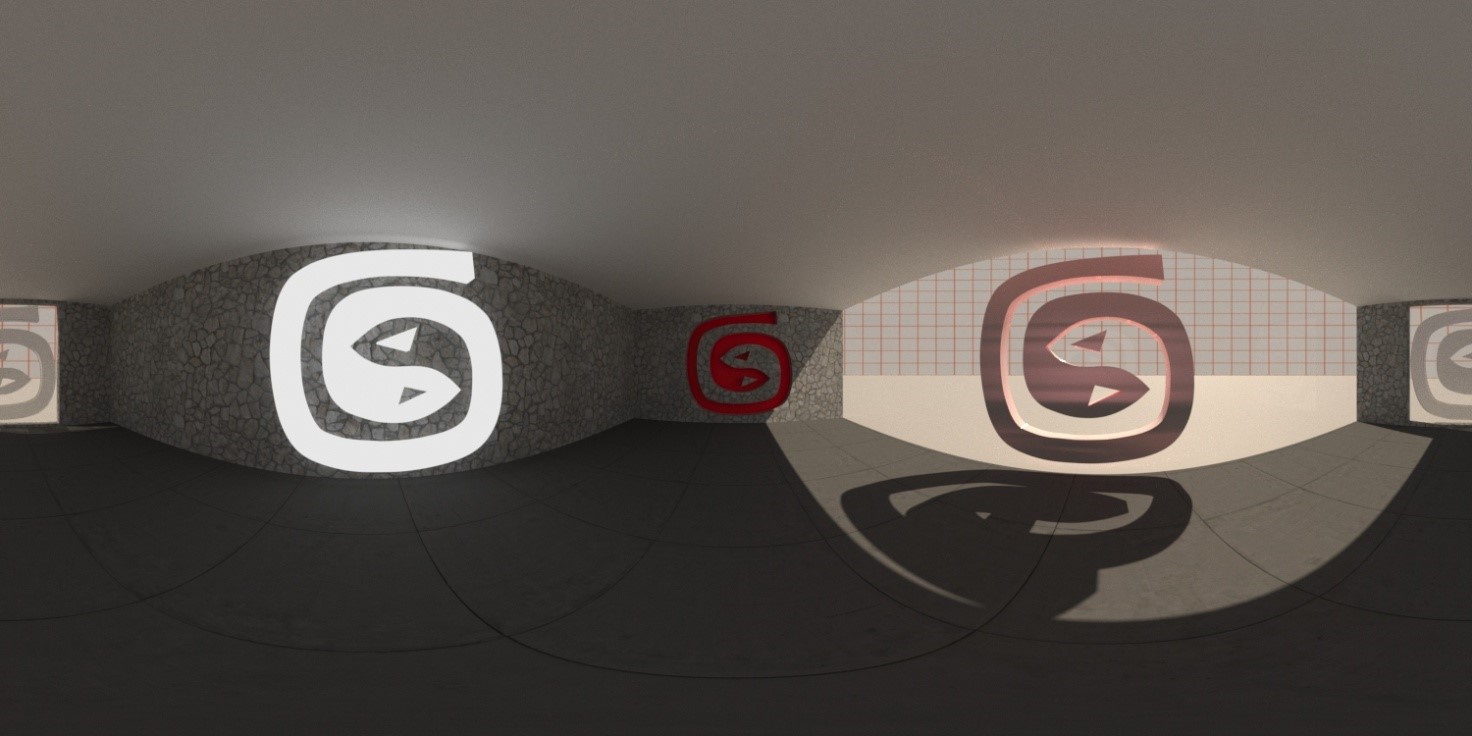